Christine is a graduate from The Hartt School of Music. Real estate gives her the ability to create and think outside the box, as she enjoys the one on one personal service that we provide as a team. Christine is an active member in the Women's Council of REALTORS® and is VP of Membership, Bonita Springs Estero Association of REALTORS®. 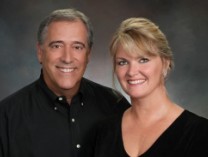